Discuss hardware related to the VESC such as the NRF nunchuk.
Post Reply
77 posts

Okay, so rather than try and fix the PCB, which I'm convinced is haunted, I soldered up a new one. 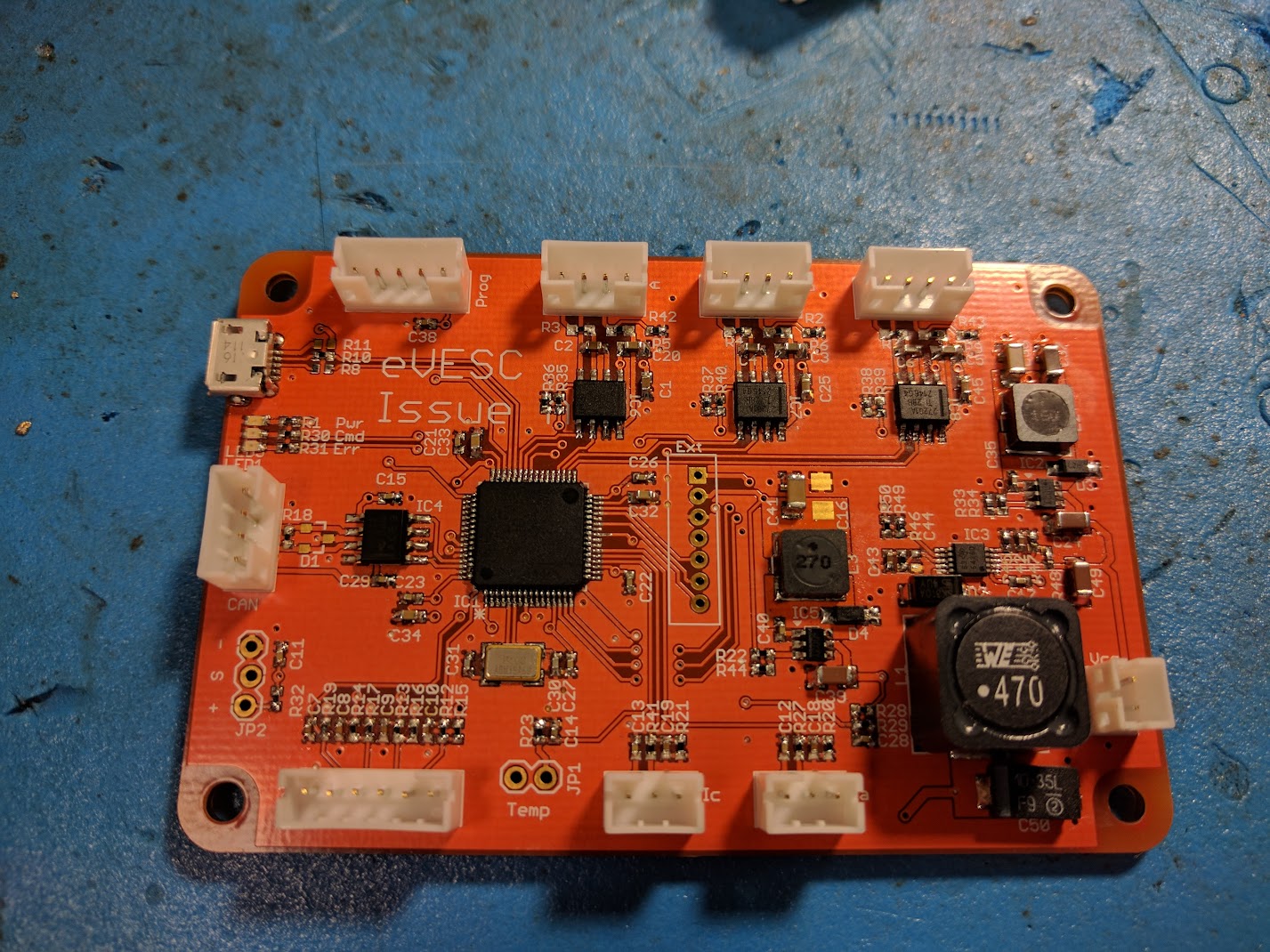 Despite screwing up the feedback resistors on the +5V_PSU and +3v3_PSU the +12V_PSU worked and I was able to check the gate drive chips. The pin voltages all matched the phase A & phase B pin voltages in the post above. Hopefully I should be able to fix the resistor problems and get it working.

And with the resistors changed the power supplies are all nominal. 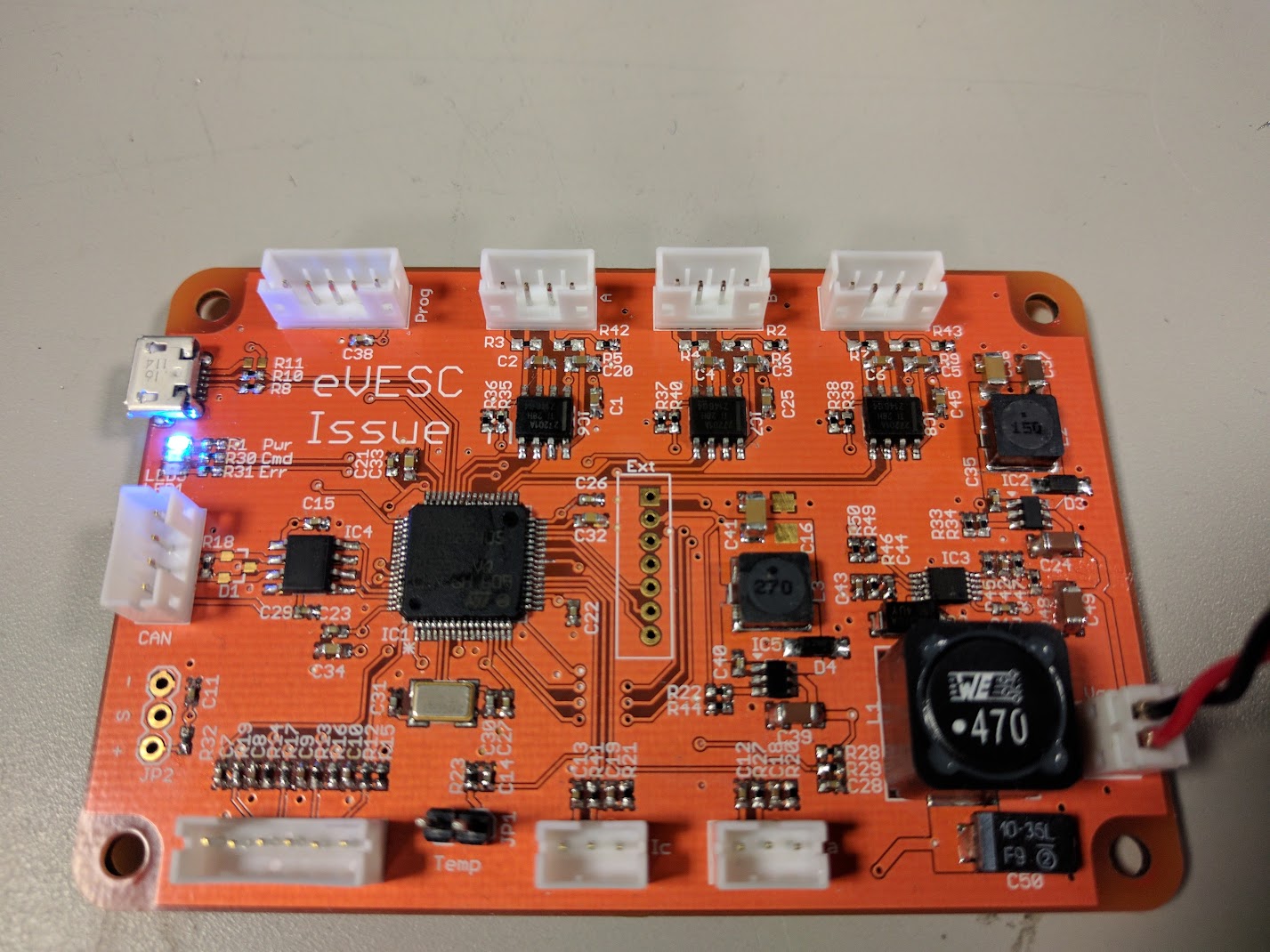 So in my haste to try it out I loaded the original firmware onto my board, then immediately when to try and drive a motor. Forgetting that I'd made safety modifications to some custom firmware and I should have loaded that instead. 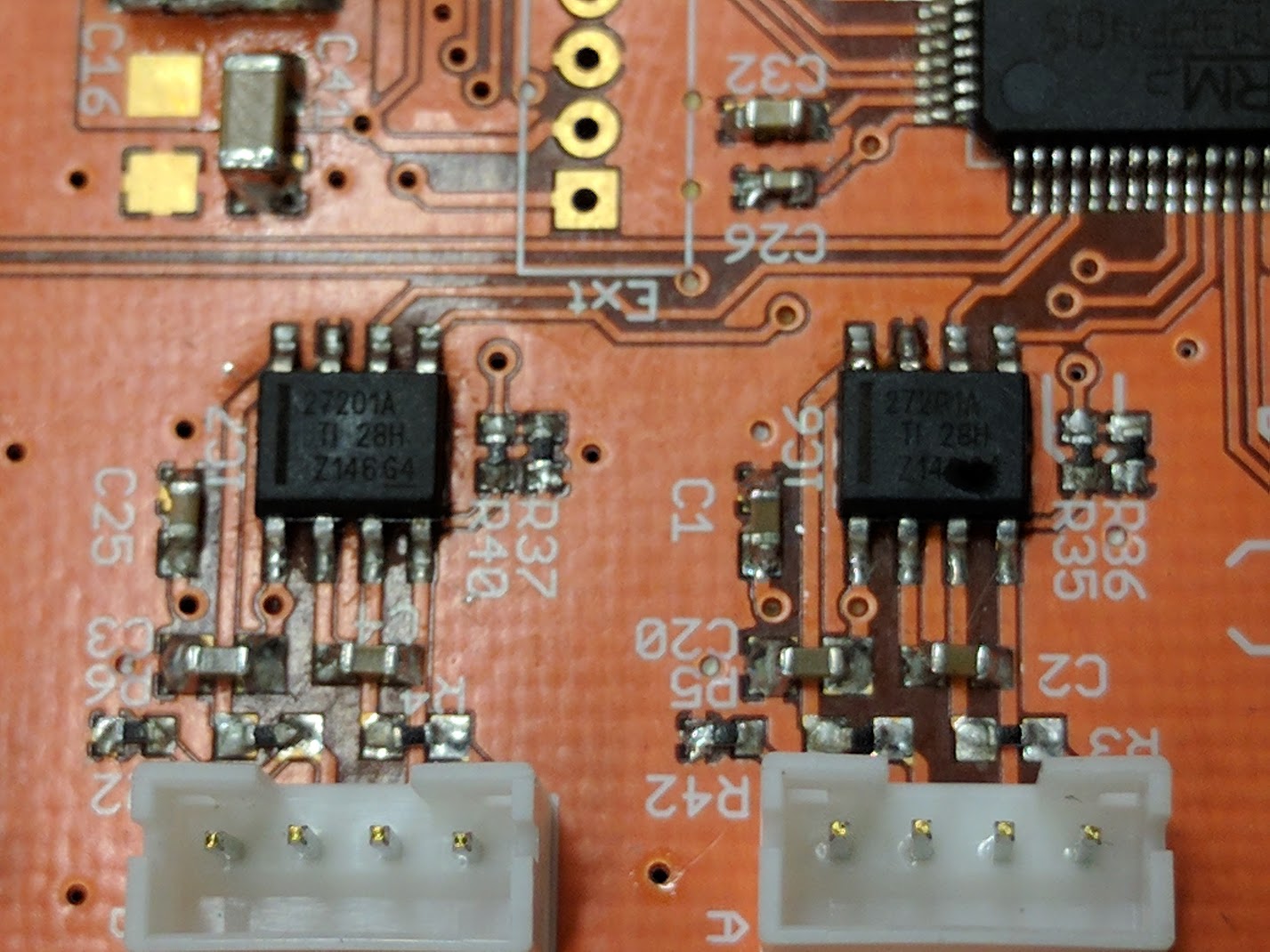 (the hole in IC6 on the right)

It seems that the UCC27211A also took out the STM32F as it exploded so back to the soldering bench.
Top

What software changes did you make? My UCC27211 board is running with just a change in the conf file to adjust dividers and current amp. Put it in an electric scooter and rode it around using 80A currents today.
Top

Don't buy the UCC27210 I made that mistake, luckily it was a sample request. UCC27211 is the newest version and works with 3.3v logic.
Top

Oh man, this board has been 'blessed' by Murphy. A constant battle to try and get it to work and only a single genuine problem.

So with that fixed, get it all programmed, with the correct firmware, and then the USB cable bounces across the PCB shorting +3V3 and VCC. Yeh, +40V is not appreciated there. So after trying to figure out what's died, spoiler: everything, replacing it I've just got the STM32F405 to solder down, reprogram and I should be able to get a motor turning.

Again, you do not seem to have UCC27210s but UCC27201...... even when you're dyslectic try to work on getting the numbers right.... (electronics attracts dyslectic people or the other way around, i would not be surprised if about half the people here are more or less dyslectic....)
Top
Post Reply
[phpBB Debug] PHP Warning: in file [ROOT]/vendor/twig/twig/lib/Twig/Extension/Core.php on line 1236: count(): Parameter must be an array or an object that implements Countable